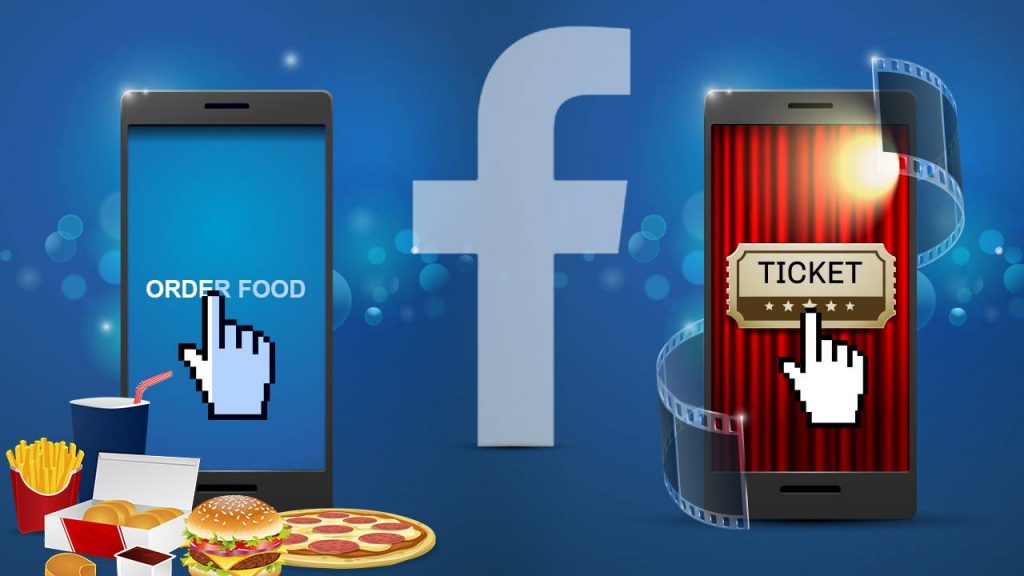 Facebook is expanding its horizons and has plans to enable its users in the U.S.  to order food through the Facebook app. The company has developed a new tool which displays menus and enables the ordering of food within Facebook pages. The initiative follows Facebook’s ‘Marketplace’ platform which was launched recently within the app in which people can buy and sell items locally and another mobile app for events followed shortly after.  Users can buy movie tickets now on Facebook through the company’s partnership with Fandango.  They will also be able to get quotes from businesses and schedule appointments at spas and salons. Furthermore,  the company plans to incorporate a ‘recommendations’ feature so that users can give reviews on their experiences of ordering from restaurants  or for contracting work out to local handymen whose  businesses, if they get good reviews, will be added to a map. The features will continue to evolve depending on how users interact and use them on the website.

Facebook’s search function is likely to become a more developed and extensive tool to accommodate its new business-related functionality which was not the case before as a company specializing in social media activities.  The success of the new features depends on users being able to find them easily without having to hunt for them.  One hiccup that arose after the Marketplace platform became live was that users started offering guns, drugs, and other illegal items for sale. This embarrassing contretemps revealed that Facebook did not have direct control over what could be posted by users on the platform and consequently the company had to apologize and halt the feature until a solution could be found.

As a result of the expansion of its activities, the company’s shares went up by 0.8 percent to $129.58 per share recently.  Facebook has approximately 1.7 billion monthly users worldwide.  Facebook’s endgame is to become a one-stop shop for its users. Andrew Bosworth, who heads Facebook’s advertising technology and local teams, said the company had been looking at ways to make itself more useful to its users and that it would work on making its vision a reality “over the course of the next months and years.” Facebook is transforming from a purely social networking one to a more commercially active one in order to retain its customer base.

Facebook has formed several partnerships with other companies in order to develop and support the new tools.  Fadango was mentioned above. Others include Ticketmaster Entertainment, Delivery.com (food) and Eventbrite. Delivery.com delivers food in about 40 US cities. All businesses signed up with Delivery.com automatically have food delivery ordering functionality added to their Facebook page.  Customers can pay for the food with a credit card on file with Facebook and do not need a separate account with Delivery.com. Issues not handled by the restaurants e.g. payment issues will continue to be handled by Delivery.com.

Facebook’s chief source of income comes from advertising. It does not take any commissions from other companies or Delivery.com in promoting their ventures.  By making its business pages more comprehensive and informative, the company hopes that users will stay on Facebook longer, and perhaps click on advertisements, thereby adding to its revenue.

Mention was made above of the company’s ambitions to become a one-stop shop or hub. To that end, they may be looking to develop messaging apps similar to China’s ‘WeChat’ and Japan’s ‘Line’ on which multiple activities can be done e.g. watching videos, chatting with people, ordering food and items, and making appointments with doctors and salons and spas. Uber is one company already integrated into the Facebook messenger app and more will follow shortly. Facebook have also said that they are looking to work with more companies in the future.  The new initiatives are currently only operational in the U.S. but are likely to spill over into new countries as Facebook gets them up and running.