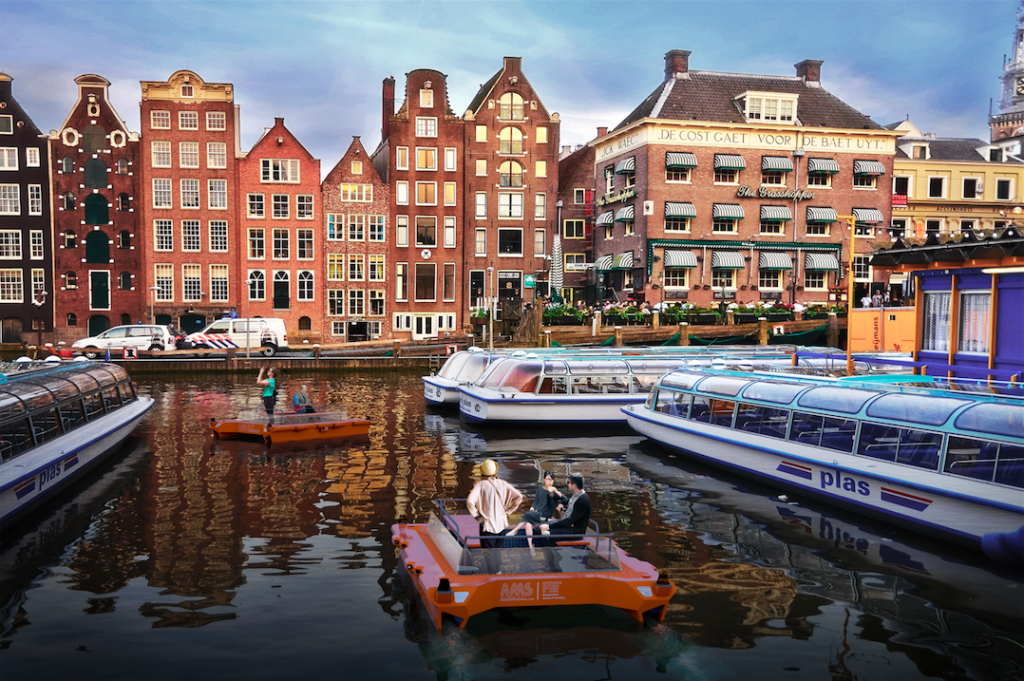 The Massachusetts Institute of Technology (MIT) and the Amsterdam Institute for Advanced Metropolitan Solutions (AMS) are jointly working on developing the world’s first autonomous boats that will navigate Amsterdam’s famous canals without a driver in 2017. Other co-participants include the City of Amsterdam, the Delft Technical University and the City of Boston. They will be used for a wide variety of applications including moving people and boats, providing ‘pop-up’ bridges, and collecting large numbers of dumped bicycles.

These ‘Roboats’, as they are called, are scheduled for production next year. MIT has donated €20 million ($30 million) out of a total of €25 million which has been set aside for the five-year project. AMS issued a statement saying that Amsterdam was “ushering in a new chapter in the international push for autonomous vehicles” concurrently with the first self-driving car prototypes currently being tested. One design being examined now is a simple 2 x 2 metre square, flat-topped pallet. Depending on the size required, a few or many can be put together to form a floating platform which can also be used as a footpath across the water.

Arjan van Timmeren, AMS scientific director, went on to say that the boats could also be used to assist on “further research on underwater robots that can detect (waterborne) diseases at an early stage” through environmental sensors. “Or we can use Roboats to rid the canals of floating waste and find a more efficient way to handle the 12,000 bicycles that ended up in there every year.” MIT Professor Carlo Ratti added that the Roboats would be a “dynamic and temporary floating infrastructure like on-demand bridges and stages that can be assembled or disassembled in a matter of hours.”

Amsterdam, often called the Venice of the North, is considered to be the perfect testing ground for Roboat because of its 165 canals comprising a total of 1,000 kilometres and 1,500 bridges.  Cruises are the largest attraction for the city that attracts over 17 million visitors annually.  Roboat prototypes of various shapes and sizes will be tested to see which models might work best for the city. The canal ring that surrounds Amsterdam is over 400 years old and was declared a Unesco World Heritage site in 2010. Vice-mayor Kajsa Ollongren mentioned that the research on autonomous boats was both unprecedented and most appropriate for a city synonymous with water transport and technology.

Most boats in Amsterdam have a recreational purpose so the Roboats would introduce a multi-functional aspect that hitherto did not exist. Timmeren from AMS said that the engineering challenges of developing the prototypes were, if anything, more difficult than developing self-driving cars because steering crafts in water was both less stable and more difficult than on land.