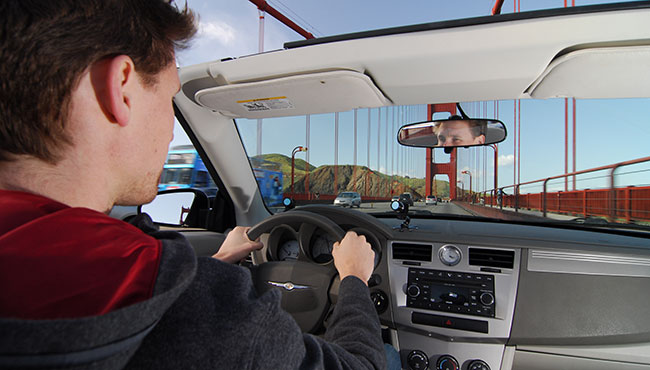 Google is sure that the future belongs to driverless vehicles but until that time comes, there is an emphasis to focus on technologies that improve the driver’s skills. One particular technology being developed is an integrated system which will look out for a sleepy driver.

General Motors Co., US’s largest auto maker, aims to release its Super Cruise on a Cadillac next year that will feature eye tracking within the cabin. A study from the Wall Street Journal indicates that the device will enhance monitoring of whether or not the drivers are paying any attention to their driving. This is the first time a U.S. car maker has taken this direction. The application of periodic touching of the steering wheel is what many automakers are currently using as a means of ensuring alertness.

However, GM executive vice president for global product development, Mark Reuss, says that it is not efficient enough and consequently the organization felt obligated to create something to assist the driver. Mr. Reuss said that one of GM’s main goals would be to refine the way through which the drivers interact with the semi-autonomous system. The additional layer of supervision associated with the Super Cruise will address concerns raised by regulators about a driver’s tendency to not pay attention when a driving aid is active.

GM’s Super Cruise software can detect if a driver is dozing off or otherwise not watching the road, and uses audible and visual alerts to grab the person’s attention. In the event that alerts go unnoticed, a representative of the auto maker’s OnStar information service will activate the intercom and communicate with the driver.  If the driver still does not respond, the vehicle will itself pull over to the side and stop.

GM have not yet confirmed what the software aid will cost. Mr. Reuss stated that driver monitoring is among the steps in GM’s overall approach to a safer and well maintained self-driving platform. He added that Super Cruise is supposed to be limited only to highways which have been mapped in detail. If the driver chooses to leave the highway, Super Cruise will automatically shut down.

General Motors will be competing with Volvo’s Pilot Assist and Tesla Motors’ Autopilot, both driver-assistance systems that can control a moving vehicle. The launch of the Super Cruise system was in fact postponed earlier as a result of delays in the fine-tuning of the system’s interface for simplicity of use by drivers. The Super Cruise is currently on schedule for 2017.  It is comparable to Tesla’s Autopilot system but goes one step further by monitoring the alertness of human drivers. Tesla’s Autopilot is already on shaky ground after a fatal accident in May that has continued to raise questions over the suitability of its technologies.

More driver monitoring tools are expected to enter the marketplace in the near future. Silicon Valley startup Eyeris Technologies Inc., a software company, is likely compete for market share. German auto makers like Audi are expected to launch new eye-tracking systems soon. However, the utilization of these systems has also been criticized for their limitations and it has been pointed out that there is a need to back them up with additional safeguards to ensure drivers pay more attention. Nevertheless the concept has been well received in principle by the U.S. Department of Transportation as well as regulators who have encouraged automakers to proceed aggressively.