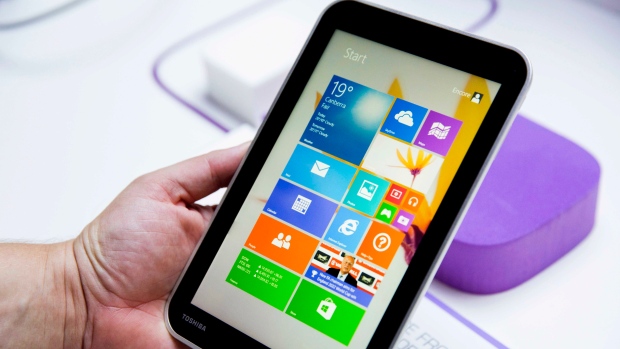 Microsoft released its long-awaited Windows 8.1 upgrade as a free download starting Thursday. It addresses some of the gripes people have had with Windows 8, the dramatically different operating system that attempts to bridge the divide between tablets and PCs.

Windows 8.1 still features the dual worlds that Windows 8 created when it came out last October. On one hand, it features a touch-enabled tile interface resembling what’s found in tablet computers. On the other, there’s the old desktop mode where the keyboard and mouse still reign. The update adds some new finger- and gesture-friendly shortcuts for touch-based apps, while restoring some respect for the desktop mode that a billion PC users have become accustomed to.

The release comes as sales of traditional desktop and laptop computers continue to decline because consumers are spending money instead on the latest smartphones and tablets. It also comes at a time of transition for Microsoft as the Redmond, Wash., company focuses on devices and services, not just software. Earlier this month, Microsoft struck a deal to acquire Nokia’s phone business and patent rights for more than $7 billion. Microsoft is also searching for a new CEO to replace Steven A. Ballmer, who announced last month that he plans to retire within the next year.

The Window 8.1 update is free for current owners of Windows 8. It’s available starting at 7 a.m. ET Thursday in New York, which corresponds to the start of Friday in New Zealand. Simply go to the Windows Store app to find it. It may take a few hours for updates to reach everyone. Computers with Windows 8.1 already installed will go on sale Friday local time. That’s also when people will be able to buy stand-alone copies of Windows 8.1. see more at: cbc