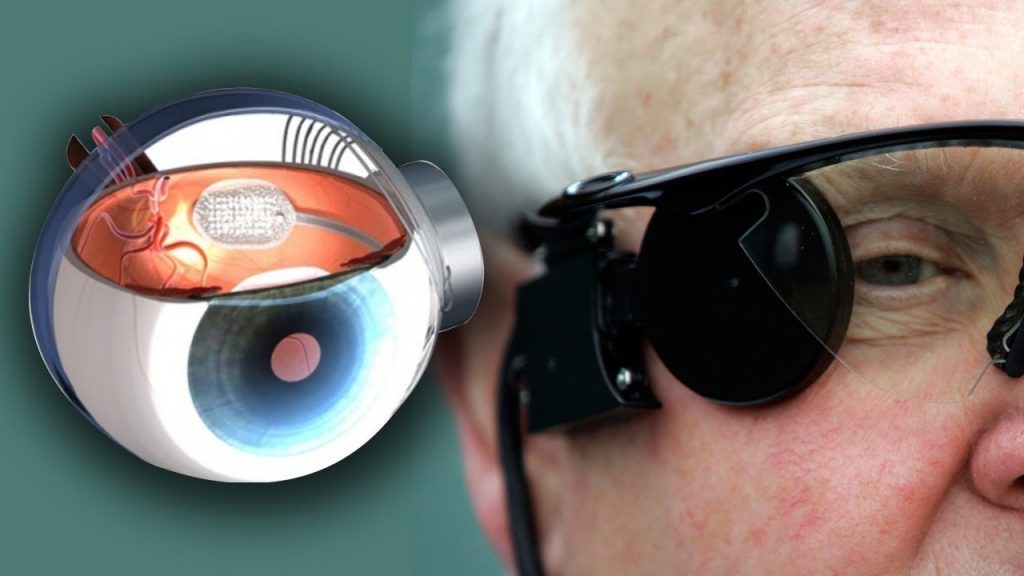 The first 10 blind patients covered under the UK’s National Health Service (NHS) will be receiving the new Argus II retina implant which will enable them to regain some degree of sight.  The full costs of the procedure will be borne by the NHS and the patients will have a ‘bionic eye’ implanted. This is a new state-of-the art technology called Argus II which can be used once the patients undergo surgery to embed electrodes to their retinas. Argus II uses a camera mounted in a pair of spectacles and also includes a tiny computer which transmits signals to the nerves controlling sight. It does not enable the patient to necessarily see again but ‘”restores a degree of visual function” with the brain perceiving flashes of light according to Second Sight, the company manufacturing the Argus equipment. Only a small number of people have undergone surgery in the trials so far.

The 10 patients, who will be funded by the NHS to have the surgery during 2017, will undergo the operations in Moorfields Eye Hospital in London and in Manchester Royal Eye Hospital (MREH). . They will be monitored after surgery to collect data on their progress so as to evaluate the extent of their improvement in their daily lives with the use of the bionic eye. If the results are good enough to make the procedure available to the public at large, more patients will be approved for surgery going forward.

Dr. Jonathan Fielden, the director of specialized commissioning at NHS England, was quoted as saying that the pioneering technology had the potential to change lives. He also said the NHS had introduced medical innovations to the world that encompassed everything from modern cataract surgery to new vaccines and hip replacements. Dr. Paulo Stanga who performed one of the earlier trial surgeries, expressed his thanks to NHS England for agreeing to fund the 10 surgeries and said he believed it would significantly benefit patients suffering from blindness due to various causes like retinitis pigmentosa (RP) and age-related macular degeneration. He added that gene and stem cell therapies might help in the future but they were not demonstrably beneficial right now. Consequently the bionic eye treatment is the only current treatment that is capable of reversing complete blindness even if only by a few degrees.

There are over 16,000 people in the UK estimated to have RP with varying stages of visual deterioration. There are many more people suffering from age-related macular degeneration which is the most common cause of blindness and severe visual deterioration. The bionic eye treatment procedure costs around £150,000 and is inclusive of surgery, post-recovery rehabilitation, and equipment. Dr. Stanga said that the results would not be uniformly consistent – some patients would do better than others and some would be ‘experiencing a pattern of light and darkness’. They would not be able to make out faces but might be able to discern the presence of someone standing in front of them and the direction that person was moving in.  And the more they used the devices, the easier it would become for them learn to interpret the world around them. But Dr. Stanga also alluded to success stories as in the case of one RP patient in MREH who was able to identify large letters for the first time in his adult life, using the bionic eye.