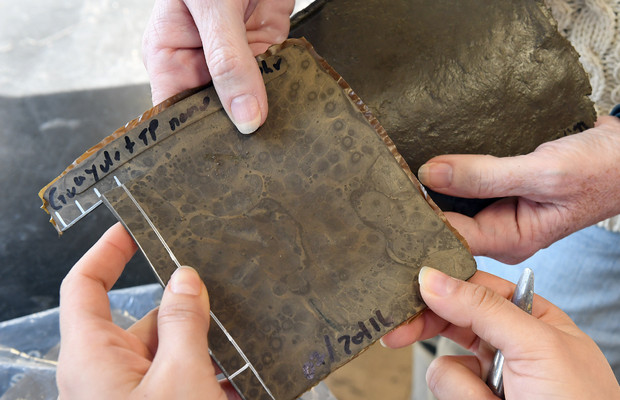 A new patent-pending technology for transforming food waste into rubber has been developed as a sustainable alternative to the more conventional petroleum-based fillers at Ohio State University. The foodstuffs include tomato peels and eggshells which can also be used as fillers within rubber tires according to a new study.

Credit for the new technology goes to Katrina Cornish, an Ohio Research Scholar and Endowed Chair in Biomaterials. She spent years researching and developing new domestic rubber sources including a rubber-producing dandelion. She has filed a patent for the new eggshell-tomato peel filler replacement which can now be sourced domestically unlike carbon black which is often purchased overseas by American companies. The university has licensed the patent-pending technology to EnergyEne, a company owned by Cornish, for further development. Cornish observed that the technology makes the manufacture of rubber products more sustainable, lessens American dependence on foreign oil, and reduces waste at landfills. Her team source the eggshells and tomato peels from Ohio food producers and are currently exploring different combinations of the material to create the most flexible and durable rubber.

Cindy Barrera PhD at Ohio State University (OSU) and co-author of the research said that conventional fillers make rubber stronger but the flip side is less flexibility. The food alternatives conversely provide flexibility to strong rubber and may offer the possibility of pursuing further applications that have not been explored before according to Cornish.  Tires are composed of about 30 percent carbon black (giving them a black colour in the process) which is becoming scarcer due to increased tire production. Carbon black, a petroleum product, is fast becoming unsustainable as a filler. There is no scarcity of egg shells and tomato peels on the other hand and nearly 100 billion eggs are consumed every year in America according to the U.S. Department of Agriculture (USDA) with the eggshells being taken in tonnes to the landfills. Tomatoes are the second-most popular vegetable in the U.S. with the USDA estimating consumption to be about 13 million tonnes annually.

Barrera found in the course of testing that egg shells offer a larger surface to bond with the rubber because of their porous microstructure. Tomato peels give rubber tires a better performance because they remain stable at high temperatures. Commercial tomatoes nowadays have been bred to grow thick, fibrous skins to survive the packing process and being transported large distances. Tests with rubber made from the new fillers exceed industrial standards for performance. The colour of the new rubber looks different shades of reddish brown depending on the combination of eggshell or tomato in it. The research team are now testing different combinations and exploring ways of adding colour to the materials.