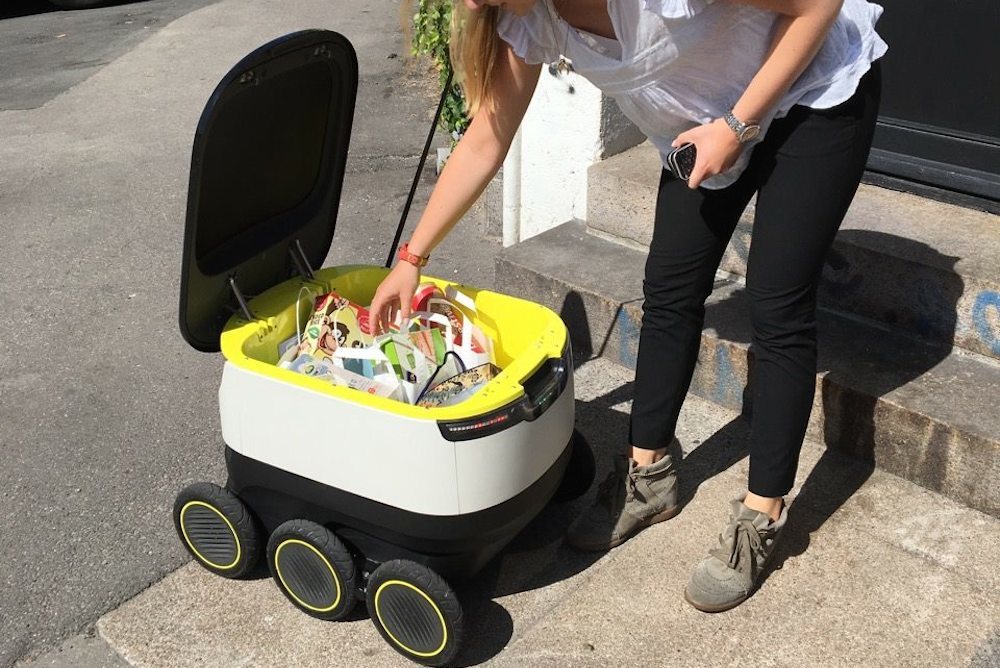 Delivery robots will be introduced this summer to the streets of Virginia. Virginia has paved the way for other states to follow by becoming the first state in the US to permit autonomous delivery robots with the law taking effect as of July 1st, 2017. Municipalities throughout the state will be allowed to regulate how the robots operate locally. Florida and Idaho may follow suit shortly, particularly as using drones or robots for delivering goods will eventually become cheaper and more reliable than hiring people to do the same thing.

Manufactured by Starship Technologies’ Personal Delivery Devices (PDDs), the six-wheel robots can deliver parcels, food, and groceries within a two-mile radius in 15-30 minutes. Governor Terry McAullife recently signed a law granting permission for the robots to be used subject to certain stipulations being met. These include obeying all traffic and pedestrian control devices and signs, displaying plates or markers identifying their owner’s name and contact information, possessing a unique identifier number, and not transporting any harmful materials, substances, or waste. It is also mandatory that they have brakes, do not weigh more than 50 pounds, or travel faster than 10 mph. The PDDs are designed to weigh about 40 pounds, travel at 4 mph, and carry workloads of up to 20 pounds.

The PPDs are capable of travelling independently but the law requires that a human operator actively controls and monitors their navigation and operation. Starship’s PDDs will be controlled remotely through a fleet management app.

Starship claims its robots have made actual deliveries in 56 cities and in 16 countries. They also said the robots have covered 10,000 miles in test and that European companies testing the robots include Swiss Post, Just Eat, Hermes Parcel Delivery, Metro Group, and Pronto. American companies conducting similar tests include DoorDash, Dispatch, and Postmates.  Dominos in New Zealand has also been conducting trials of an autonomous pizza delivery robot which has a range of 12 miles and a carrying capacity of up to 10 pizzas. This robot has sensors which helps it to bypass obstacles.

There are some concerns about the new technology. One is that the PDD’s use of high-definition video cameras could potentially be used for surveillance by law enforcement or government agencies.  Another is that they could also be used for terrorist-related activities. However the same fears could also be attributed to humans making deliveries so these are not possible drawbacks unique to the robots themselves.