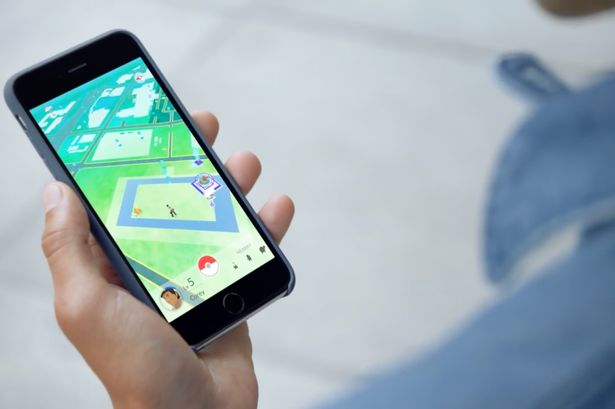 Pokémon Go is a reality mobile game that has just been released this month and is taking the world by storm. It has already become one of the most used smart device apps since its launch and has broken the previous record held by Candy Crush Saga. The game has become a huge commercial success but a controversial one. On one hand it has been praised by some medical professionals as a potential means of improving mental and physical health.  On the other, it is alleged to have caused accidents and created a public nuisance in some locations.

Players can capture, battle, and train virtual creatures called Pokémon who appear throughout the real world. The players create their own avatars who can locate these creatures using maps of their immediate surroundings and their phones’ GPS and camera. The maps display landmarks in their vicinity where the Pokémon may be lurking.  These landmarks include museums, historic buildings, public parks, churches etcetera. There are other features of the game including PokéStops and Pokémon gyms. When a player locates a Pokémon and captures it using a Poké Ball, it becomes the player’s property. The object of the game is to complete the entries in the Pokémon encyclopedia known as the Pokédex. This is by done by capturing the original 151 Pokemon. The Pokémon are equipped to fight and resist capture and they all have varying degrees of power in combat. Once captured however, they can be trained and then put into battle against other players.

Some reviewers have praised the game as a means of promoting physical exercise as people need to walk around a lot to locate the Pokémon. Others argue that the mental health of people suffering from depression and social anxiety improves because the game promotes interaction with other players. It has been claimed that the game has helped to catch real-time criminals and to report crimes in process. And while large congregations of players in public places such as parks and museums could be considered a nuisance, they have also led to increased attendances and gate receipts for some enterprises.  Supermarkets and stores are now considering buying lures in the game to attract players to ‘PokéStops’ on their properties.

The nuisance aspect of the game alluded to earlier arises when players congregate near homes, cemeteries, memorials, and museums in search of a Pokémon. Examples include the Auschwitz-Birkenau State Museum, people wandering on railway tracks (Dutch Pro-Rail) and fire fighters being impeded in front of fire stations.  There have been other incidents involving injuries and armed robberies. Police forces across Canada have been warning people about the risks of getting injured or landing into trouble by playing the game. In Quebec City, two officers suffered minor injuries when a car reversed into their cruiser in a parking lot. The driver of the car was immersed in playing Pokémon Go. In a suburb of Sydney (Australia), people became annoyed with large numbers of players congregating in their area and threw water bombs at them.

The game is not new and its original version was launched more than 20 years ago. But the recently released version (Pokémon Go) has gone viral. The furore will eventually die down but it has made its mark in terms of the power of augmented reality to connect people to others and the environment around them in a way never witnessed before.  Augmented reality is a digital world superimposed on the real one unlike virtual reality in which the player is carried off into a fictitious universe.  The Pokémon Go phenomenon is a portal to the dawning of a new age in terms of how we are going to interact with computer technology.