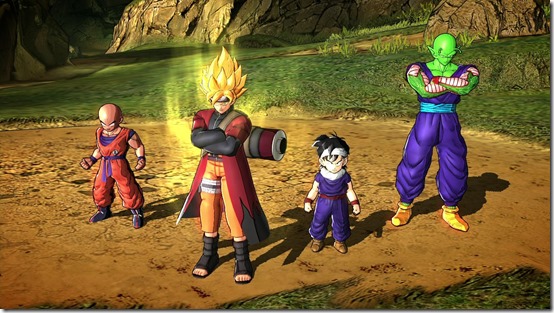 For the first time since Dragon Ball Z: Budokai launched in 2002, we actually have a year without a Dragon Ball Z game. There has been a lull in the franchise since 2011′s Dragon Ball Z: Ultimate Tenkaichi, as Dragon Ball Z For Kinect was a poor excuse for a game and the only other game we’ve had since was the HD remake of the Budokai series, both of which were released last fall.

Then in June we had a brand new game in the series announced known as Dragon Ball Z: Battle of Z. Due to early information on the game, I became very intrigued. Now straight from the Tokyo Game Show, we have an English trailer for the game that we now know will be coming in early 2014.

Dragon Ball Z has had a bit of a resurgence in the last year in Japan with the release of the new Dragon Ball Z: Battle of Gods movie, that was the first theatrical release in the series since 1996. As a result, this game almost had to tie into that movie in some way. We aren’t sure how much exactly will be included, but we do see footage of the two enemies from the movie Bills and Whis in this trailer. Interestingly enough, the dub will likely not be out prior to this game’s release, so some gamers may be confused upon playing.

The end of the new trailer unveils a special costume that will get a download code for with what is called the Day One edition. This costume is interestingly enough a Naruto Uzumaki Sage Mode costume, that is said to also change Goku’s run and attack animations to look closer to Naruto. It is not in the trailer, but there will also be pre-order bonuses from retailers, including Super Vegito and Super Saiyan Bardock. See more at: justpushstart