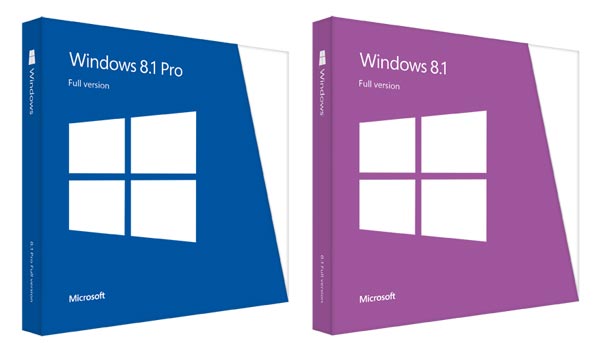 The shift to “full version software” for Windows 8.1 will allow “more flexibility for customers in specific technical scenarios and is in response to feedback we’ve received,” wrote Microsoft’s Brandon LeBlanc. He added that “It will be easier for those consumers who want to build PCs from scratch, run Windows 8.1 in Virtual Machine (VM) environments, or run Windows 8.1 on a second hard drive partition.”

As most HEXUS readers will know Windows 8 users will get the Windows 8.1 upgrade for free via the Windows Store. A Windows 8 user has asked Microsoft, via the comments section of the blog post where this news was released, whether such upgraders will get access to a Windows 8.1 ISO as a quick re-install option in case of a hard disk failure or similar disaster. However no response has, as yet, been forthcoming.

Microsoft details the upgrade process for users of older versions of Windows as follows:

Windows 7 users – following upgrade user files will remain intact but all apps will need to be re-installed.

Windows Vista & XP users – Microsoft recommends using the retail DVD to do a ‘clean install’. Thus files, setting and programs will not be preserved by the installation routine. These users are reminded to do a thorough back up of their personal files before installing 8.1.

Directly above you will see a third mainly white boxed Windows 8.1 product. This is the Windows 8.1 Pro Pack which will be available for $99.99 later this year. This software is intended for people who buy a device with Windows 8.1 pre-installed but wish to unlock “all of the great features unique to Pro, as well as Windows Media Center”.

With this news Microsoft also seeks to remind us of the enhancements coming in Windows 8.1, describing it as a “must have update” for current Windows 8 users and highlighting over 20 “new and improved Microsoft apps and services”above and beyond the greater personalisation and Bing Smart Search enhancements. See more at: hexus