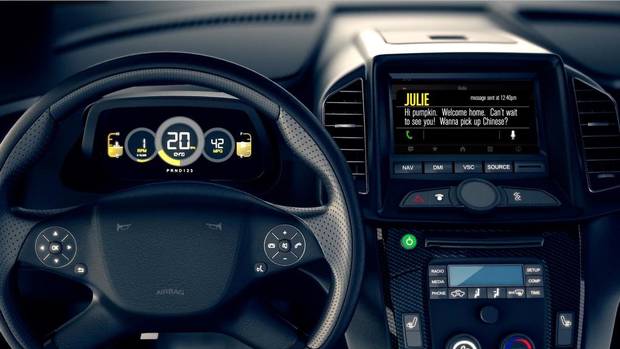 Rogers Communications Inc. is partnering with Sprint Corp. to introduce a “connected car” wireless service next year that will provide Canadians with high-speed Internet access while they are on the road.

The agreement between the two carriers, which will be announced Thursday, enables auto makers that deploy the Sprint Velocity system – as Chrysler Group does on some of its U.S. vehicles – to use Rogers’ cellular networks to provide equipped vehicles with a wireless connection. That, in turn, will allow Canadians using the system to turn their cars into living rooms on wheels.

Auto makers, telecommunications giants, software companies and app developers see huge potential in the connected car as drivers demand vehicles with the same technology and services they have at home.

“We’re just at the beginning of this whole connected car space and it’s kind of a Wild West,” said Doug Newcomb, an auto technology expert and consultant based in Fort Hood, Ore.

Sprint Velocity launched in the United States last year and will be available in Canada in 2014. The system enables drivers to use smartphones to start their engines and an interactive touch-screen dashboard provides customized content, including news, sports scores, weather alerts, driving directions and vehicle diagnostics.

Cars using the system are equipped with built-in wireless modems and SIM cards such as those found in cellphones. That will also allow consumers to purchase WiFi on demand to create an in-car “hotspot” capable of supporting smartphones, tablets and laptops.

Rogers, Canada’s largest wireless carrier with more than nine million subscribers, is eager to capitalize on Canadians’ desire for constant connectivity. Although some luxury vehicles come with some of these features, the introduction of Sprint Velocity will mark the beginning of a broader push to make the connected car as mainstream as power windows and air conditioning.

“You are starting to see the groundswell of [the] connected car going to be coming to Canada within the next year,” said Mansell Nelson, vice-president of advanced business solutions for Rogers. “Think of your car as just a big phone with four wheels.” see more at: Globe and Mail