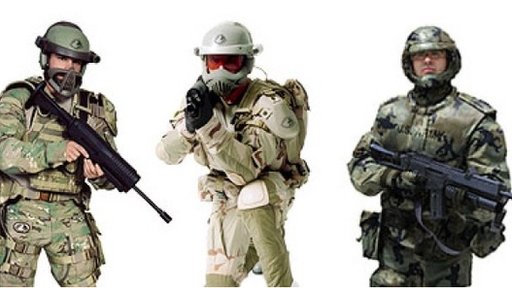 The US Army is working to develop “revolutionary” smart armour that would give its troops “superhuman strength”.

It is calling on the technology industry, government labs and academia to help build the Iron Man-style suit.

Other exoskeletons that allow soldiers to carry large loads much further have already been tested by the army.

The Tactical Assault Light Operator Suit (Talos) would have such a frame but would also have layers of smart materials fitted with sensors.

The suit would also need to have wide-area networking and a wearable computer similar to Google Glass, the US Army said.

It should be made of smart material fitted with sensors to monitor body temperature, heart rate and hydration levels.

The exoskeleton, which could be attached to arms and legs, would be likely to use hydraulics to greatly increase strength.

“The requirement is a comprehensive family of systems in a combat armour suit where we bring together an exoskeleton with innovative armour, displays for power monitoring, health monitoring, and integrating a weapon into that,” said Lt Col Karl Borjes, a science adviser at the US Army’s research, development and engineering command.

According to US Army Sgt Maj Chris Faris, “no one industry can build it”.

Instead the army is calling on research and development organisations, private industry as well as government labs and academia to support the project.

The US Army said it was likely that scientists at the Massachusetts Institute of Technology would be involved in the design.

An MIT team is currently developing liquid body armour – made from fluids that transform into a solid when a magnetic field or electrical current is applied.

In an interview with US news site NPR, MIT professor Gareth McKinley compared the futuristic armour to that seen in Hollywood films.

“The other kind of things that you see in the movies… would be the kind of external suit that Sigourney Weaver wears in Aliens, where it’s a large robot that amplifies the motions and lifting capability of a human.”

The aim is the get the Talos armour out in the field within three years. See more at: bbc