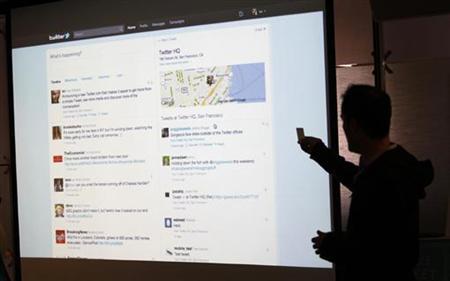 (Reuters) – The fast-growing microblogging site Twitter has fallen behind some other Internet services in introducing tools to help secure the accounts of users, security experts say.

While the hijacking of Twitter accounts is not new, the false Tweets about Obama generated headlines around the world.

The Secret Service is investigating the matter. Fox News has said it is unsure how the attacker gained control of its account, but complained that it took Twitter more than five hours to return control of the account to Fox.

“What Twitter needs to do now is to commit to a thorough review of their security practices,” said Daniel Diermeier, a professor at Northwestern University’s Kellogg School of Management. “For Twitter this is a very serious problem.”

Security experts said the attack might have been prevented if Twitter had offered two-factor authentication technology to secure its accounts.

In two-factor authentication systems, a user must enter a second code in addition to a fixed password to access its account. The code changes every minute or so and is sent to a cell phone or other electronic device… Read More [via reuters]