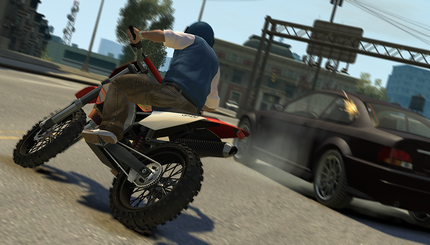 Grand Theft Auto 5 is obviously going to sell like hotcakes; Robert W. Baird analyst Colin Sebastian has predicted it will sell like a whopping $1 billion worth of them in its first 30 days.

Sales of Rockstar’s latest will outpace GTA 4, the analyst said in a note to investors reported by Gamespot.

“Given the significantly higher installed base of relevant console platforms at launch, greater sales concentration among the top video game franchises, and unprecedented pentup demand, we expect GTA 5 to outpace GTA 4 sales, and generate roughly $1 billion in retail sales during the first month,” he said.

GTA 4 shipped 11 million units in the first month following its April 2008 launch, and has so far shipped 25 million copies. It’s worth remembering that Call of Duty regularly manages lifetime sales of over 20 million units with annual releases – can GTA blow that out of the water after five years rest?

Grand Theft Auto 5 is available now on PlayStation 3 and Xbox 360. PC and PS4 releases have been rumoured after an alleged source code leak. See more at: thetechgame