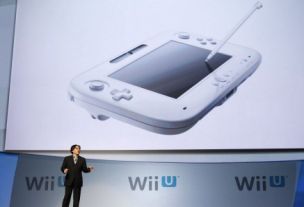 Wii like: Satoru Iwata unveils the Wii U yesterday (Reuters)

Note: While we’re in LA for E3, we’ve just got a skeleton staff running the site for the next few days, so we’ll have to cut down to just one Inbox a day (the evening one), and likely won’t have time to answer specific questions. Do keep the emails coming though as we will still read them and a Hot Topic will be running next week as usual.

Wii Ooooh
Wow. I’m not one to get easily excited about new games or hardware, but I am already in love with the Wii U. It also happens to be remarkably similar to what I was hoping/predicting it would be.

The main thing I was hoping for was that it would be a match for the PS3 and 360 in the graphics stakes, and would therefore attract developers to release a Wii version of their big multi-format titles. The announcements of Batman: Arkham City and an Assassin’s Creed game for the console seem to already support that, and hopefully we will see more. (GTA V on Wii U please!)

Another wish of mine was that, as well as attracting back core gamers with third-party titles usually reserved for the ‘HD consoles’, Nintendo’s new Wii would also keep on supporting the Wiimote and incorporate that into its new ‘U-mote’ gameplay, bringing the millions of new customers they gained with Wii and its intuitive controls into the next generation. And again Nintendo seem to have fulfilled this – if the intriguing tech-demos of Mii Chase and Battle Mii are anything to go Wiimotes will continue to be a part of Nintendo gaming, and will work together with the new touchscreen controllers in new and exciting ways… Read More [via metro]