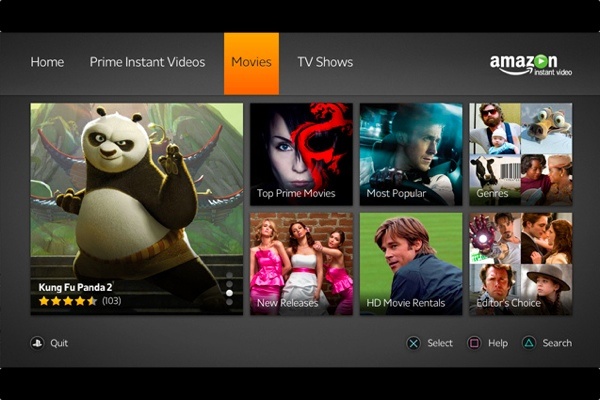 Retailer announces “Amazon Fire TV” today during media event in New York City; Amazon Game Studios to create its own games, the first of which is a third-person shooter called Sev Zero.

Amazon has released more details about the Fire TV. The $99 box features a Qualcomm Quad Core Snapdragon Krait 300 processor with Adreno 320GPU, and 2GB of RAM to support “high performance game experiences.” It’s reportedly faster than competitors like Apple TV, Roku, and Chromecast, but we won’t know for sure until we can test it out.

Developers can program their Amazon Fire TV games to support Amazon’s $40 Fire Controller or the console’s Bluetooth controller, Amazon says on its special developers website. What’s more, Amazon Fire TV supports up to 7 remotes and game controllers to be connected simultaneously, and each controller can be associated with an individual player ID..

Amazon Fire TV games will also allow you to use a combination of controllers (remotes and game-specific controllers) to “make multiplayer gaming easy for everyone,” Amazon says.

Finally, the Amazon Fire TV console will support Amazon’s payment services for in-game microtransactions. Because Amazon Fire TV users will need to register with their Amazon accounts, their payment profiles are already on file with no further effort to the player. Amazon Fire TV fully supports Amazon’s in-app purchase API so that developers can offer a range of items to players including subscriptions and one-off purchases. See more at gamespot.