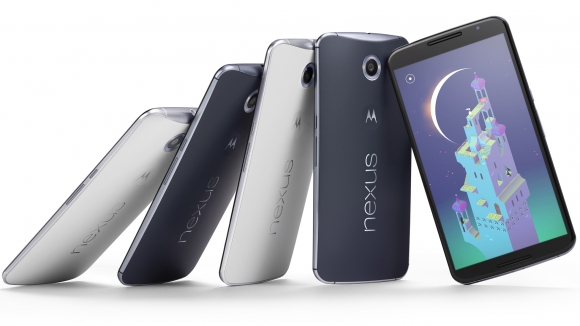 Google has officially announced the Nexus 6, an enormous smartphone that could easily be mistaken for a tablet that acts as a phone. It’s basically a giant Moto X with some nifty new features and beefed-up specs.

As expected, it’s running Android 5.0 (aka Android Lollipop) and this thing is huge. With a 5.9-inch display and at 10mm thick, the new Google Nexus 6 is a beast of a smartphone.

Why? First, the large QHD display is going to be great for watching videos, reading and looking at pictures. Second, the larger, slightly thicker phone means bigger 3220mAh battery. Let’s dig into this thing, shall we?

Yes, you read that price correctly. Why the sudden jump from what used to be an affordable line of smartphones from Google? Well, premium specs come with premium price tags.

Let’s go back two years when the $350 Nexus 4 came as a shock to everyone. How on earth could a phone be so cheap off contract? The Nexus 5 didn’t disappoint, either, with a bigger display, better battery and arguably prettier design. Still affordable.

The battery technology also sounds promising. As well as a greater capacity, the Googe Nexus 6 has a quick charge feature that allows you to get about six hours of life on a 15-minute charge. See more at techradar