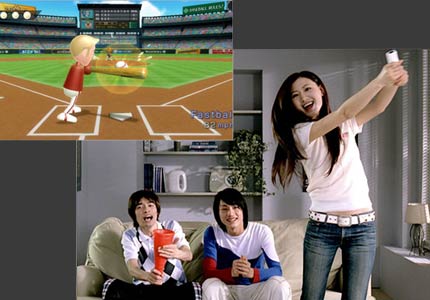 Nintendo to release bowling, tennis, baseball, boxing, and golf games on Wii U at $2 for 24-hour pass or $10 each to keep forever as part of Wii Sports Club.

2006’s Wii Sports is getting a high-definition update for Wii U through the new Wii Sports Club, Nintendo announced today. Bowling, tennis, baseball, boxing, and golf will be featured as individual downloads through the Nintendo eShop beginning on November 7 with tennis and bowling.

Boxing, baseball, and golf will be released “in the months ahead.”

Not only will the new versions of the Wii Sports’ games feature high-definition graphics, but also “enhanced” controls through Wii MotionPlus, as well as head-to-head online multiplayer. Players will be registered to state or regional “clubs” and can chat with one another through Miiverse during matches, Nintendo said.

Gamers can play casually against members of their own club or take on rival clubs to increase club rankings.

The original Wii Sports, which was first released as a pack-in game for the Wii, has sold 81.99 million units globally to date.

Nintendo also announced today that an update to Wii Street U (powered by Google Maps) is now available that makes use of the Wii Balance Board. Users can now virtually walk down streets by taking steps on the Balance Board. The Wii Street U app is available today as a free download through the eShop until October 31. See more at: gamespot