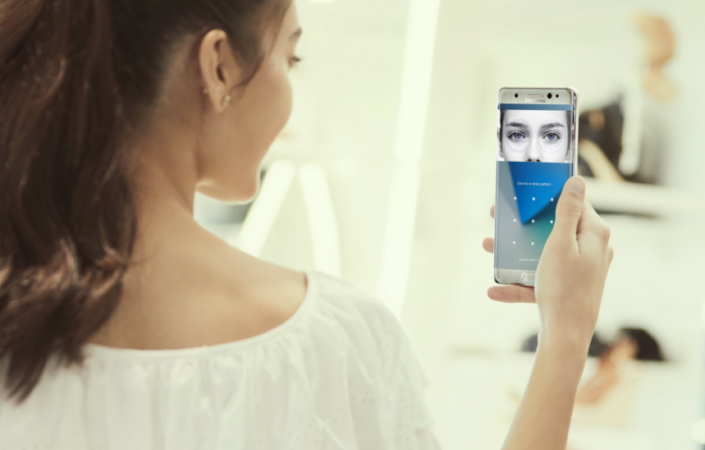 Paying for items by scanning with a smartphone is likely to change in the near future.  Samsung has introduced an iris scanner in its Galaxy Note 7 and is following in the footsteps of several companies who incorporated the technology earlier, including the Fujitsu Arrows NX F-04G who were the first to introduce iris scanning in March 2015. Other companies who took it up subsequently included Microsoft’s Lumia 950 and 950 XL, the Nubia Prague S, and HP’s Elite x3. The Samsung Note7 however is the highest profile smartphone yet to embrace the technology and other smartphone companies are likely to follow suit after watching the market response. If successful, as anticipated, the Samsung Pay feature will also benefit as will other mPayment platforms as more smartphone companies enter with similar offerings.

Global shipments of iris scanner-equipped smartphones are projected to reach almost 300 million by 2021 according to ABI Research. Marina Lu, a senior analyst, observed that iris scanning capabilities are gradually being incorporated into smartphones “as a secure biometric identification solution to unlock devices or certify mobile payment.”  The reason it is considered secure is each iris is completely unique to each human being. Also, unlike PIN numbers and fingerprint scanners, no physical contact is required, making identity authentication seamless. Lu went on to say that currently iris scanning is complimentary to fingerprint scanning but that she expected it to supersede the latter in the long run because the technique is more stable and less susceptible to external damage. It would also help to encourage users who are worried about security concerns regarding mobile payments to cast their fears aside. The feature would also become available on all mobiles in the future and not just for premium models as is the case now.

Apple is opting for a different approach and has incorporated a fingerprint scanner in its iPhone 7 models. However the company been discussing adding an iris scanner for the 10th anniversary of iPhone which will take place next year. Time will tell whether Apple will follow Samsung’s example who are their main rivals.