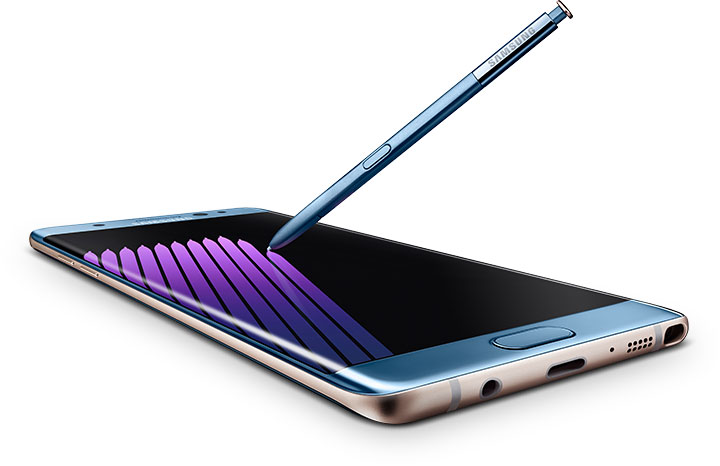 In a statement posted on their website Samsung has asked Note 7 owners across the world to switch off their phones immediately and return their existing devices for a replacement.  Samsung’s mobiles division President, Koh Dong-jin, said they were expediting the switchover of the devices through an exchange program.

The recall may be the consequence of 35 reported cases of the Galaxy Note 7 catching fire as of Sept 1st.   The majority of incidents occurred while the phones were being charged.  There are at least two more cases that Samsung reported being aware of — one at a hotel in Perth, Australia, and another in St. Petersburg, Florida, where a household reported that a Galaxy Note 7 left charging within their jeep combusted, destroying the vehicle in the  process.  Investigation of the incidents have led the company to conclude that fires are occurring because the rechargeable lithium ion battery is faulty.

The Federal Aviation Administration (FAA) has urged people to switch off the Galaxy Note 7 on planes and not charge it during flights.  Several airlines have followed suit, also asking travelers place it in checked baggage, with a few carriers banning the device all together. Transport Canada has followed with its own caution and Health Canada is currently working together with Samsung on the phone’s recall. Samsung’s Canadian product exchange program allows owners to change their current Note 7 for a new Note 7, or exchange it for a S7 or S7 Edge through the retail or carrier outlet where the phone was purchased. To be able to register for a Galaxy Note7 exchange, owners need to have to navigate through CanadaNote7exchange.expertinquiry.com or call 1-800-517-3507.

Samsung’s worldwide recall of 2.5 million Note 7’s just two weeks following the phone’s launch is unprecedented within the smartphone industry. The catastrophe has led to Samsung Electronics’ common shares plunging by 6.3 percent to 1,476,000 won each after reaching their lowest level since July 12. Investors have also wiped more than 15.9 trillion won ($14.3 billion) off the South Korean firm’s market capitalization, as the number of warnings from regulators and airlines around the globe raised fears for the future of the flagship device. Nomura said it had cut its forecast for Samsung’s third-quarter mobile operating profit by 900 billion won to 3.1 trillion won, following the Note 7 recall.

Analysts have added that the recall could cause serious damage for Galaxy Note 7 sales, have a long-lasting effect on the company’s brand reputation, and stymie its efforts of a recovery in the smartphone market share against rivals like Apple Inc. The Note 7 problems are a significant setback to Samsung’s efforts to build upon the successful launch of its Galaxy S7 mobiles in March.