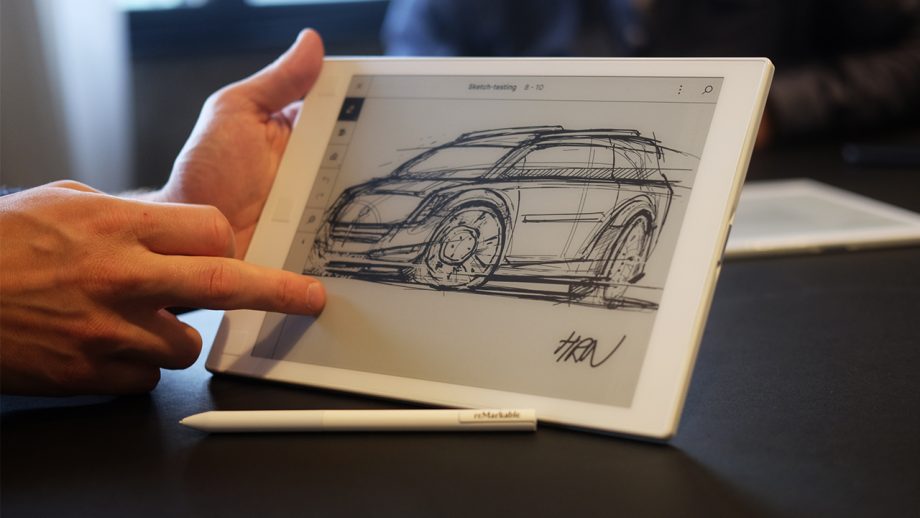 reMarkable have developed a ‘paper tablet’ which is designed to simulate electronic paper. It is not like a computer tablet and users cannot install apps on it, watch videos, or take photos. People however can read, write, and sketch on a surface resembling paper. It comes with a high-friction tip and tilt detection, has Wi-Fi connectivity and does not need a battery, possesses 8GB of internal storage, can sync with other devices, offers a secure cloud backup service, and can support PDF and ePub document formats.

The device is compact being about 7×10 inches with a ¼ inch thickness. It is also light at 0.77 pounds, and does not have any glass components, making it almost unbreakable according to the company.  It retails for US$599 which includes the paper tablet, cable, marker tips, and marker. More than 35,000 units have been sold so far.

The company had earlier announced last December that their goal was to create a digital paper device so good that it would render traditional paper notebooks obsolete. One of the challenges CEO Magnus Wanberg faced was to reduce the latency associated with an E Ink display. It is currently 65-70 milliseconds and the company hopes to reduce that further to around 55 milliseconds. It can’t yet compete with Microsoft’s new Surface pen which has a latency of just 21 milliseconds or the Apple Pencil with is estimated at roughly 50 milliseconds.

The reMarkable screen is made of a material that closely resembles the feeling of writing on paper with a pen or pencil. The pen tip does need to be replaced periodically as it wears down but conceals a spare tip hidden in the top of the pen. The device contains a drawing app with a variety of pen types and weights, possesses a zoom in and out feature, and has support for layers. The company will be developing preset templates for note taking, simulating ruled notebooks or grids for architectural drawings for example.

The reMarkable can also display PDFs which can be annotated and EPUB files. All files and drawings are automatically backed up to the cloud and accessible from a linked Mac or Window app. The device can also be synced to a computer, enabling people to collaborate on files. The total price is on par with an iPad. Wanberg has stated that the device is designed for ‘paper people’ who prefer sketching, doodling, and note taking by hand and who want to do so digitally.

The reMarkable can be summarized as a niche tool, catering to a select audience. It is price competitive compared to other products that broadly fall into the same category like Sony’s DRT-RP1.