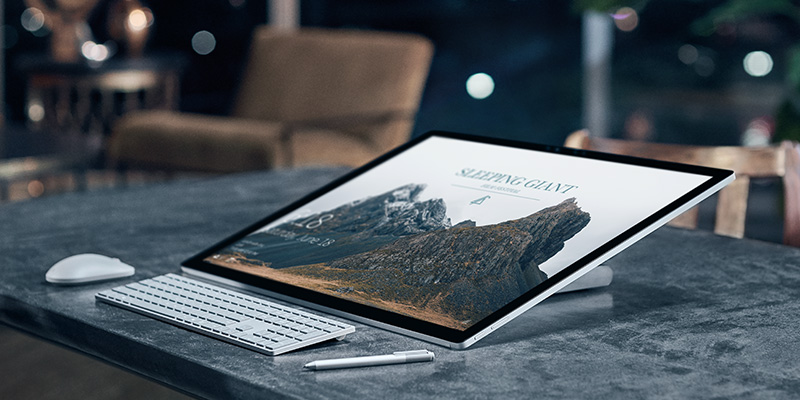 Microsoft’s Surface Studio is an all-in-one computer with a touchscreen which gives it the functionality of a giant tablet coupled with an ARM processor normally found in mobile devices. It is considered to be the high point of all Windows 10 PCs which includes some possibility of DIY upgrading as iFixit proved when its team took the computer apart.  The replaceable parts include the Studio’s traditional SATA hard drive and the m.2 SSD. Unlike the case in a hybrid drive which contains both hard drive and flash units within a single component, the Studio’s hard drive and m.2 SSD are stored in different locations on the motherboard. This does not affect either unit’s efficiency with both offering faster flash storage and a high capacity hard drive in the same machine.

While the units are replaceable, dismantling them from the rest of the hardware is not easy. Furthermore, replacing the units is all that can be done as far as DIY options are concerned. While the memory cannot be upgraded, the disk size can be adjusted as the storage is upgradable. There are four slots in total and two of them have 32 GB chips each.  The storage can be increased by utilising the two empty slots or solder pads.

The computer’s GPU, RAM, and CPU are soldered onto the customised motherboard. Part of the motherboard is also stored within the display section of the computer. iFixit revealed that Microsoft gave the display a dedicated 32-bit Cortex M7 processor to help drive its visuals and also said that the PC generates a lot of heat. For this reason the device has several vents, a heat sink, and two fans for the CPU and GPU to let the heat escape. The power supply also has its own internal fan. The iFixit team gave the Surface Studio a repairability score of 5 out of 10. While the score may appear average, it is an improvement on the Microsoft Surface book and the competing MacBook Pro Touch Bar 2016, both of which only received a score of 1 out of 10.

The Surface Studio was launched in October 2016 and is likely to start shipping to customers early in 2017. Early purchasers of the computer however had theirs shipped to them during the week of Thanksgiving, 2016. But most will receive the product this year.