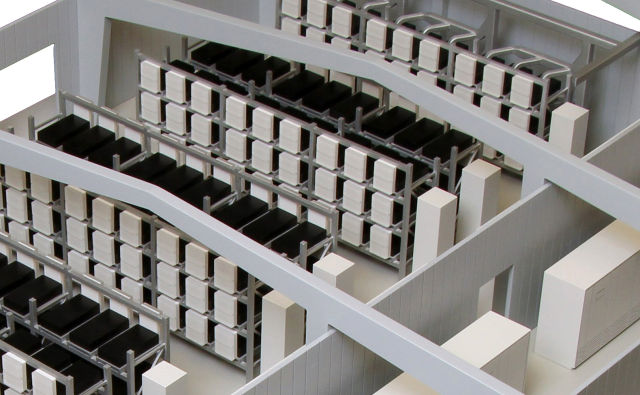 Currently, there is no consensus on how best to dispose or re-energize used car batteries in EVs. However, BNEF’s senior analyst Claire Curry has compiled initial data that suggests how used EV batteries can enjoy a ‘second life’ in stationary storage systems and bring down costs significantly in the process. She forecasts that about 95 gigawatt-hours of lithium-ion batteries are expected to come out of cars by 2025. From that total, 29 gigawatt hours of used batteries will be ripped out of EVs each year by about 2025 with projections that close to one-third of those batteries (10 GWh) will find a second life as part of a stationary storage system.  If true, this would represent an exponential growth increase in the current stationary storage market, worth about 0.1 gigawatt-hours of used car batteries, It would also concurrently lower battery production costs.

One of the ways of reducing battery production costs which was identified is by using solar installers to cheaply add storage to rooftop systems. As more EVs take to the open road, the influx of used batteries that have come to the end of their useful life in vehicles, but still hold enough charge to be useful in stationary systems, could have a significant impact on storage costs. The report says repurposed batteries could cost as little as $49 per kWh by 2018, plus a $400/kWh cost to convert to stationary storage. This is a drastic reduction on the up to $1,000/kWh currently paid out for stationary storage systems.

In an interview, Curry drew attention to an opportunity in developing a secondary market for batteries that can still hold 70 percent of their original capacity. This will help reduce the cost of ownership as well as delay the expense of end-of-use recycling. The window for developing a thriving secondary market for these batteries may last until prices comes down, sometime in the next three to five years, Curry said. That’s because the used ones will have shorter life spans and may not come with warranties like new ones do. “The cross-over will happen when the costs drop to $200 a kilowatt-hour,” she said.

Several major automakers are already working on second-life applications for their used EV batteries. Earlier this year, Nissan publicized a power pack using spent batteries and BMW quickly followed suit. Daimler is also targeting the market with a Mercedes Benz-branded product. In Germany, Mercedes-Benz is looking at using its repurposed EV lithium-ion batteries in stationary storage projects designed to provide Primary Control Reserve. The company is confident that a typical battery that is no longer of use for an EV could have at least 10 more years of operability in stationary systems. Tesla however has stated that it will not be following a repurposing model for its EV batteries.