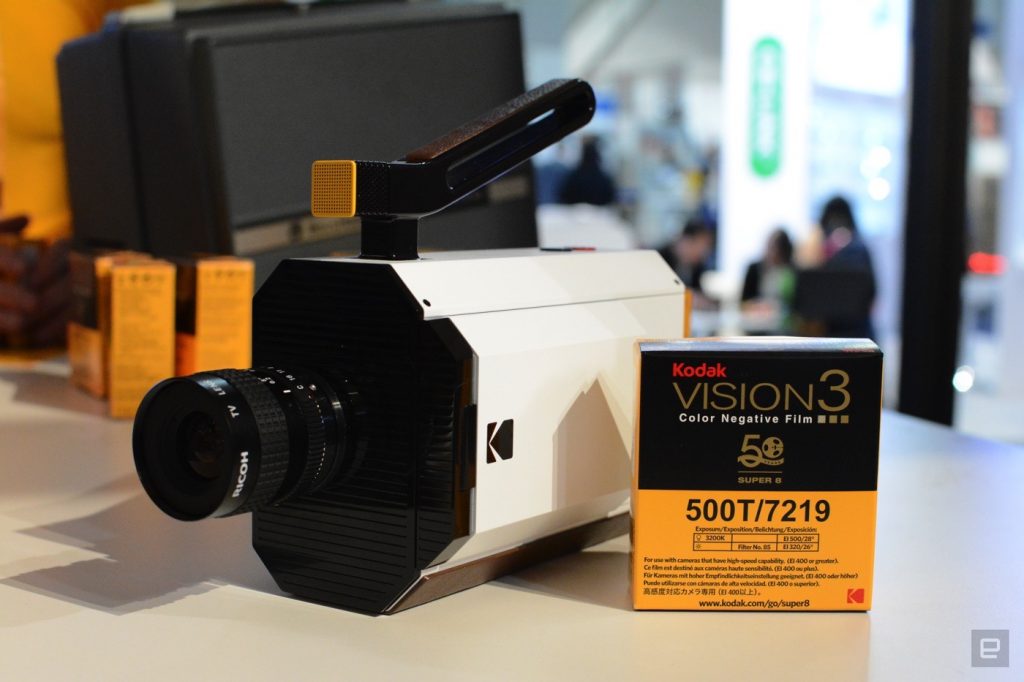 Digital cameras are the normal these days with fewer people using the old analog film versions. Both formats have their pros and cons. Kodak recently came up with a new camera called the Super 8 which encompasses both technologies which was exhibited to the public at CES in Las Vegas. The camera shoots 8 mm film which is mailed back to Kodak who then develop, scan, and process it into digital files that can be downloaded from the Kodak Darkroom website.  The company also sends the developed film back to the camera owner.

Kodak have added a few modern tweaks as well with an LCD display that flips out and shows what is being recorded with easy adjustment settings. It can be tilted to 90 degrees but not 180. It also contains inputs and outputs for audio, a micro HDMI port for adding external monitors, a 7.200 mAH internal battery which has enough power capacity for 12-15 film cartridges, a built-in light meter to assist with the exposure setting,  and an SD card slot.

The Super 8 is quite big and weighs 1.36 kg with the batteries and without the lenses and film.  It comes with a wide angle lens for its C-mount but offers great flexibility in being able to accommodate any other kind of C-mount lens not to mention manual focus and aperture lenses from other mounts (like the Nikon F-mount) via a third party adapter. It takes 50 ft/15 M cartridges and shoots film at 18, 24, 25 or 36 frames per second. The camera can be triggered with no less than 3 buttons and there is an additional Lanc controller available which is plugged into a jack on the rear of the camera.