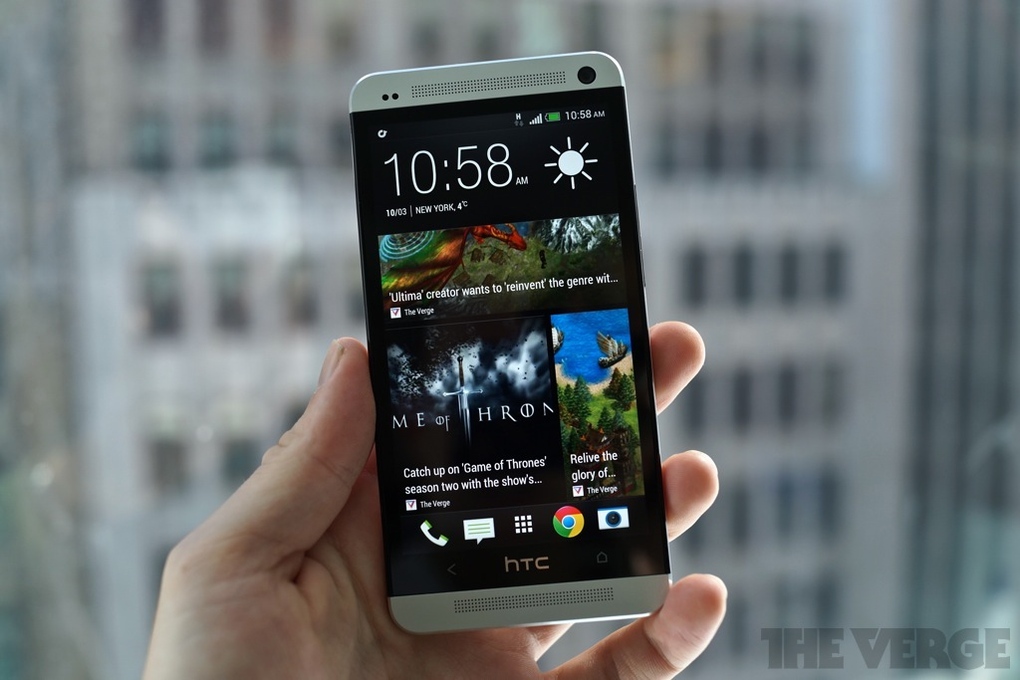 NEW YORK — At your neighbourhood coffee shop, you can order your beverage in small, medium or large. Now, you can do that with phones, too.

HTC Corp. is introducing a larger version of its popular HTC One phone, becoming the latest phone maker to offer its flagship device in three sizes — and, of course, three prices.

The new HTC One Max has one feature unavailable on the smaller models: a fingerprint identification sensor similar to that on Apple’s new iPhone 5S. It’s an optional way to unlock a phone without using a four-digit passcode. Unlike Apple’s version, however, the Max can be programmed to automatically open one of three favourite apps, depending on which finger is used.

HTC spokesman Tom Harlin said the company designed the Max with a fingerprint sensor to make the larger device easier to operate with one hand. Engineers also moved the power button to the side. On smaller models, it’s on top of the phone, when held vertically.

The Max has a screen that measures 5.9 inches diagonally. That compares with the 4.7 inches on the standard version and the 4.3 inches on the HTC One Mini. HTC is designing its software to take advantage of the larger screen. With many Android phones, images and text simply get larger on bigger phones. With the Max, the layout of selected apps is reformatted to fit more content.

The Max also has more battery capacity than the smaller models, but otherwise shares their design and hardware features. Like the other Ones, the Max has a camera that can capture better low-light shots than the typical smartphone camera, but images are of lower resolution, at 4 megapixels. The Max weighs 7.7 ounces, which is more than the 5.9 ounces for Samsung’s 5.7-inch Galaxy Note 3.

The price hasn’t been announced, but it likely will be comparable to the $300 for the Note 3 and Motorola’s Droid Maxx. That price typically requires a two-year service agreement and is $100 more than the regular HTC One, Samsung’s Galaxy S4 and Motorola’s Droid Ultra when they launched. (Mini versions of the One and the Droid go for $100 with a contract; the S4 Mini is currently available only overseas.)

Harlin said HTC is offering variety to meet consumers’ differing needs. Some might prefer a small device that is cheap and can fit in the pocket of skinny jeans, while others might want more screen space.

As for the fingerprint sensor, HTC is including similar security safeguards found in the iPhone 5S. A mathematical representation of the fingerprint is stored on the phone in a secured location, inaccessible to other apps or remote servers. However, HTC does plan to eventually offer a way for other apps to use the ID system, without accessing the fingerprint data directly. Apple has no current plans for third-party access. See more at: ctvnews