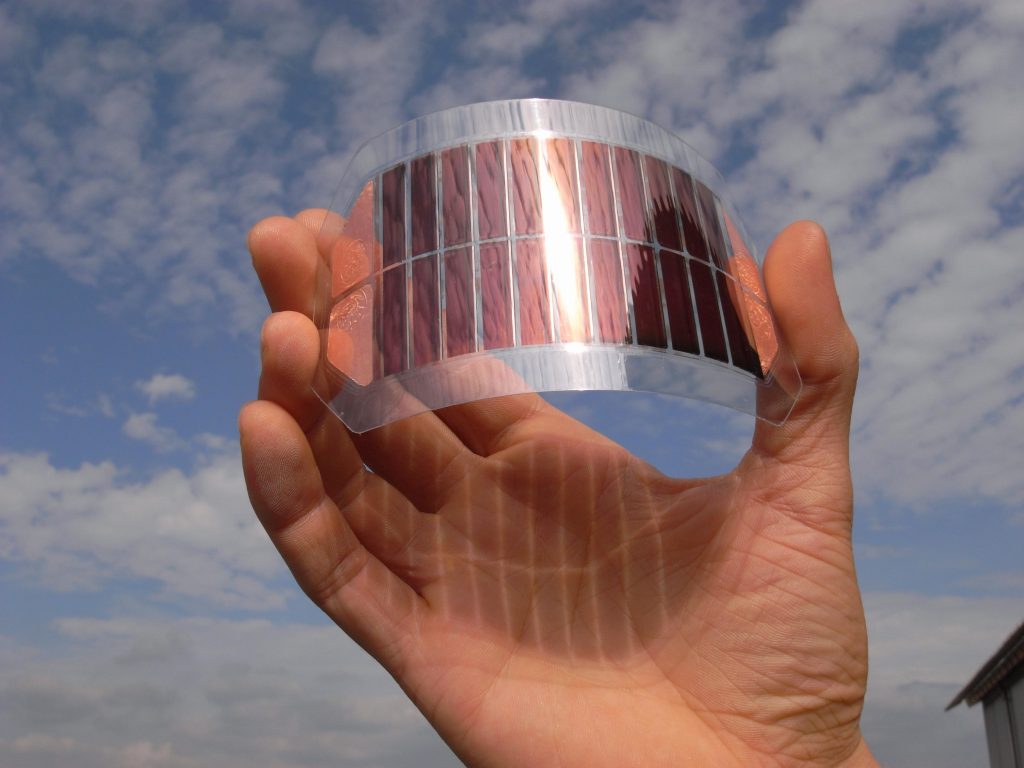 Plant leaves store the energy of the sun very efficiently. Researchers at the University of Oulu in Finland have found a way to build coatings that could lead to solar panels preserving more of the energy they capture from the sun.  The coatings, known as nano-scale surfaces, do this by mimicking the surface of leaves. Professor Marko Huttula, director of the Nano and Molecular Systems research unit, explained that the team achieved this by copying the surface structure of the leaves of various plants on a polymer foil.

The nano-scale surfaces cannot capture more than sunlight than earlier but they can retain an additional 17% of the energy that can be harnessed for any use by reducing the amount of energy being reflected back from the panels. The coating is extremely thin, being only one millionth of a millimeter, and can applied to a wide variety of materials, including glass and silicon, and does not alter their outer appearance.

Tesla are interested in the new technology and introduced their own glass solar roof tile earlier this year. Tesla’s CEO, Elon Musk, said the company were looking to develop technology to replicate what the Oulu research team accomplished and manufacture superior panels that could retain more of the light normally lost by reflection. He also mentioned that Tesla is working with solar roof tile partner 3M on future coatings and increased efficiency in panel design. Their collaboration could lead to commercial ventures that would act as a catalyst in promoting the growth of the solar market.

It is worth noting that the Oulu researchers concluded that additional increases in efficiency may be possible by furthering the research they have already done on coatings and combining it with different models. An example would be to use the nano coatings to generate heat and light in greenhouses, thereby leading to more effectual green energy and food production. This would be particularly useful for the growing of winter vegetables. Future technological advances would include designing the solar surfaces to be water repellent and self-cleaning.

The production and applications of the nano surface designed by the Oulu team have been patented and a spin-off company founded on the research (WMZ-NanoSurfaces) has also come into being. The materials being produced by the company are the result of close cooperation by the Finnish team with Chinese researchers, universities, and companies. Professor Huttula stated that these collaborations with top experts and a gateway to large production markets were vital for further development and promotion of the new technology