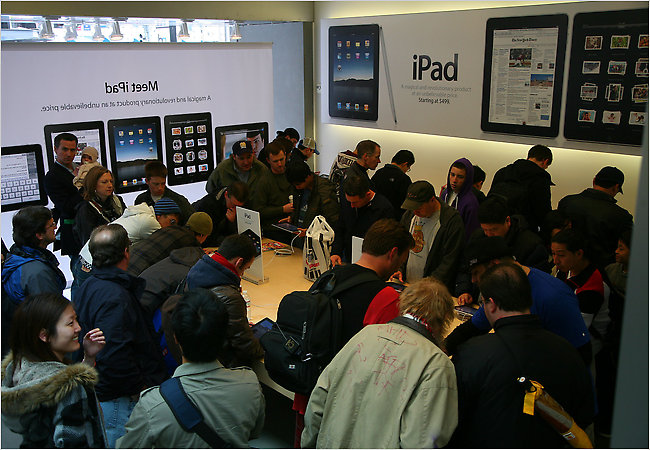 Wall Street has called the end of an era and the beginning of the next one: The most important technology product no longer sits on your desk but rather fits in your hand.

The moment came Wednesday when Apple, the maker of iPods, iPhones and iPads, shot past Microsoft, the computer software giant, to become the world’s most valuable technology company.

This changing of the guard caps one of the most stunning turnarounds in business history for Apple, which had been given up for dead only a decade earlier, and its co-founder and visionary chief executive, Steven P. Jobs. The rapidly rising value attached to Apple by investors also heralds an important cultural shift: Consumer tastes have overtaken the needs of business as the leading force shaping technology… Read More [via nytimes]