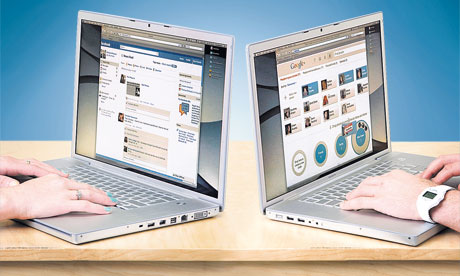 New social networking service Google+ is taking on Facebook – but is this the search giant’s electric wok moment? Photograph: Alicia Canter for the Observer

A spectre is haunting the technology industry. It is called “electric wok syndrome” and it mainly afflicts engineers and those who invest in their fantasies. The condition takes its name from the fact that nobody in his or her right mind would want an electric wok. But because it is possible to make such things, they are manufactured, regardless of whether or not there is a need for them. The syndrome is thus characterised by the mantra: “Technology is the answer; now what was that question again?”

The past two weeks have seen a virulent outbreak of the syndrome. It was triggered by Google’s limited release of a new “service” called Google+ which was widely interpreted as the search giant’s first serious foray into social networking. Initially available by invitation only to a select group of geeks and early adopters (which did not at first include this columnist), it has been the source of frenzied speculation in the blogosphere, not least because it implied that Google was finally getting ready to take on the 800lb gorilla of social networking, Facebook.

In its “limited field test” form, Google+ has five components: Circles, Hangouts, Instant Upload, Huddle and Sparks. The blurb explains that Circles allows you to assign your friends in an arbitrary number of “circles” – family, colleagues, poker buddies etc – “just like real life”. Hangouts brings “the unplanned meet-up to the web for the first time. Let specific buddies (or entire circles) know you’re hanging out and see who drops by for a face-to-face chat”. It is, apparently, “the next best thing until teleportation arrives”. (I am not making this up.) Instant Upload means that your pictures and videos upload automatically to a private album, ready for sharing. Huddle is group text-chat, which apparently will be very useful “when you’re trying to get six different people to decide on a movie”. And Sparks is some kind of RSS feed on steroids. “Tell Sparks what you’re into and it will send you stuff it thinks you will like.”.. Read More [via guardian]