Firefox doesn’t often get significant updates, but when it does you can bet they will be big. Most of us use Chrome for Android, but many of you may prefer Mozilla’s alternative (our very own Quentyn happens to love it). If such is your case, you will definitely be happy with today’s update to Firefox for Android!

This update is hefty, guys. It comes with some features that will change the way you use Firefox. Here are some of the main features: 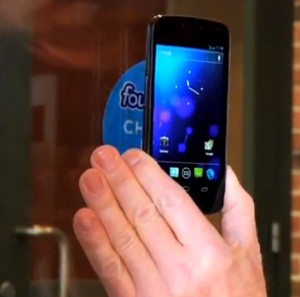 We can already kinda do this with Chrome as part of Android Beam, but it’s nice to see Firefox getting this nice feature. Simply tap your NFC-enabled device with another and you can send your Firefox tab/website to your friends!

WebRTC has become a standard for modern browsers, mainly because Chrome has really been pushing for it. This is a technology that allows your browser to communicate with different components in your device. This includes cameras, microphones and more.

It allows for video conferencing, gaming and other “high end” functions to be done straight from a browser. What is most special is that it requires no plugin installations. In some ways it’s like a plug-and-play platform for browsers. 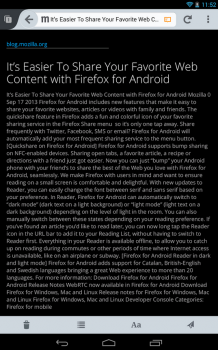 There is a variety of smaller, but cool improvements Firefox has brought with this update. Night Mode seems to be pretty cool. This offers a much better reading experience while reading in the dark.

Quick Share is also interesting. We are used to being able to easily share everything on Google apps, but it seems that hasn’t been the case for Firefox. Quick Share now allows you to share websites straight from Firefox’s menu.

Mozilla has also added some interesting support in terms of language. Firefox now has better support for Braille, for example. They have also added support for Swedish, British and Catalan.

Not bad for an update, right? You can go download the update from the Google Play Store and start playing around with these new features. I will be loving the new NFC sharing capabilities. Which new feature are you excited to try? See more at: phandroid