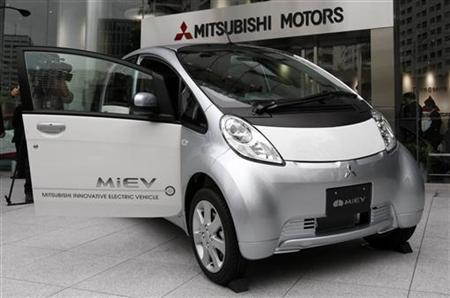 (Reuters) – Mitsubishi Motors Corp launched two new versions of the i-MiEV electric car on Wednesday, slashing the price on one and extending the range on the other to appeal to more consumers in the nascent zero-emission field.

Mitsubishi Motors became the first major automaker to mass-produce pure electric cars with the egg-shaped i-MiEV and leads the segment so far with 10,000 vehicles sold globally since mid-2009. It has exported another 4,000 electric cars for sale under PSA Peugeot Citroen’s brands.

“Costs have really come down dramatically,” President Osamu Masuko told a news conference, adding that batteries — the main reason for the relatively high price of EVs — had more than halved in price in the last two years… Read More [via reuters]