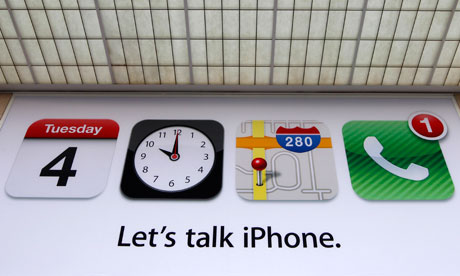 The iPhone 5 is to go on sale on 14 October, according to mobile network sources

Mobile phone networks have been told to expect two new iPhones and announce prices on Thursday with the first phones available only in-store on Friday 14 October.

Negotiations with Apple over pricing will begin at 6pm this evening, when Tim Cook takes the stage for his first product launch as chief executive.

“All we know is, there will be two devices, we will put our pricing in to Apple as soon as Tim Cook goes on stage, and we hope to get agreement to announce prices on Thursday,” said a source at one UK operator, who also confirmed the 14 October shipping date.

Secrecy surrounding the launch has been such that none of the five UK networks has any details of the handsets to be released. Apple is thought to be ready to reveal two: an all-new iPhone 5, and an “iPhone 4S”, an updated iPhone 4 where the base model will be priced to take on cheaper Android phones in the mass market.

All five UK networks will have access to the new phones on day one, and it is understood that independent retailers Carphone Warehouse and Phones4u will also be stocking the handsets. Carphone is understood to have done a deal directly with Apple for the first time, which means it will be able to sell phones ‘unlocked’ – free from contracts with particular networks. The company declined to comment.

Outside of Apple stores, supplies of the new handsets are likely to be so restricted that carriers and retailers will only sell them in-store, rather than via their websites. Apple’s flagship stores are understood to be preparing to welcome shoppers at 7am on 14 October, with a number staying open until midnight.

According to pages accidentally released early on Vodafone’s German website, the 4S will be available in 16GB, 32GB and 64GB models, compared with the iPhone 4 which comes in 16GB and 32GB versions… Read More [via guardian]