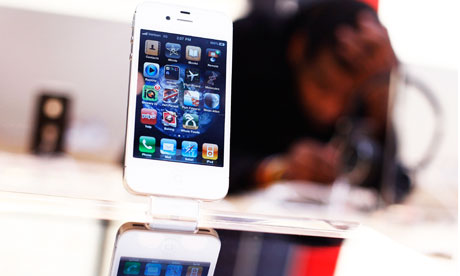 iPhones are among the Apple devices vulnerable to the software vulnerability reported in Germany. Photograph: Shannon Stapleton/Reuters

The software running Apple’s iPhones, iPads and the iPod Touch has “critical weaknesses” that could be used by criminals to gain access to confidential data on the devices, Germany’s IT security agency has warned.

Clicking on an infected PDF file “is sufficient to infect the mobile device with malware without the user’s knowledge” on several versions of Apple’s iOS operating system, the Bundesamt für Sicherheit in der Informationstechnik (federal office for information security) said.

The problem may occur on iPhone 3GS, iPhone 4, iPad, iPad 2 and the iPod Touch with software versions including iOS 4.3.3, and it “cannot be excluded” that other iOS versions – including the iOS 5 due in September – have the same weakness, said the Bonn-based federal bureau. The warning is published in German on its site .

The problem could occur when opening a website that carries an infected PDF file, possibly allowing criminals to spy on passwords, planners, photos, text messages, emails and even listen in on phone conversations.

“The weak points allow possible attackers to gain administrator rights and get access to the entire system,” the bureau said. Apple has not yet issued a fix for the problem. A spokesman for Apple Germany told the Associated Press that it was aware of the warning but would not comment on it… Read More [via guardian]